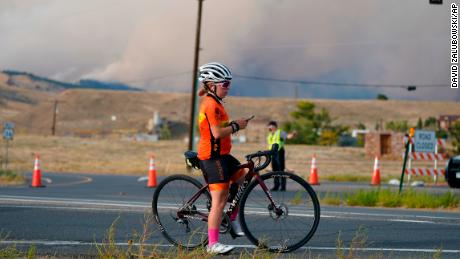 The fire is being pushed southeast by winds, Boerkircher said. It has grown to 7,064 acres since it sparked around noon Saturday, Boulder OEM said.

"We're asking people pretty much anywhere in that vicinity to be sure they're making an evacuation plan," Boerkircher said, adding that a local disaster declaration was signed around 1:30 p.m. local time in response to the fire.

Evacuations have been ordered for Jamestown and pre-evacuation orders are in place for areas south of the town, Boerkircher said. Evacuation orders for those living east of North Foothills Highway were lifted late Saturday, according to a series of tweets from Boulder Office of Emergency Management. Those in the town of Lyons were advised to prepare for evacuations in case the fire changes, a tweet from Boulder OEM said. 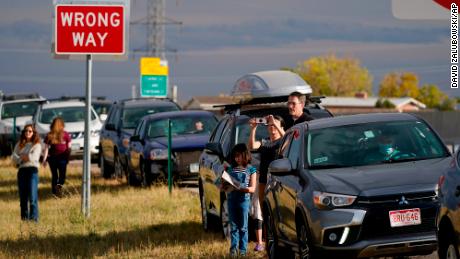 No deaths or injuries have been reported and a cause of the CalWood Fire has not yet been determined, Boerkircher said.

Firefighters also continue to battle the Cameron Peak Fire, the largest wildfire in state history. The fire is burning near the city of Fort Collins in the northern part of the state, which prompted new mandatory evacuations Friday night.

© 2020 Fascination.com Pty Ltd. Trademarks and brands are the property of their respective owners.